Skip to content Skip to navigation
See our Campus Ready site for the most up to date information about instruction.Campus ReadyCOVID Help
Interdisciplinary Humanities Annual Graduate Student Conference
Tuesday 21 September 2021 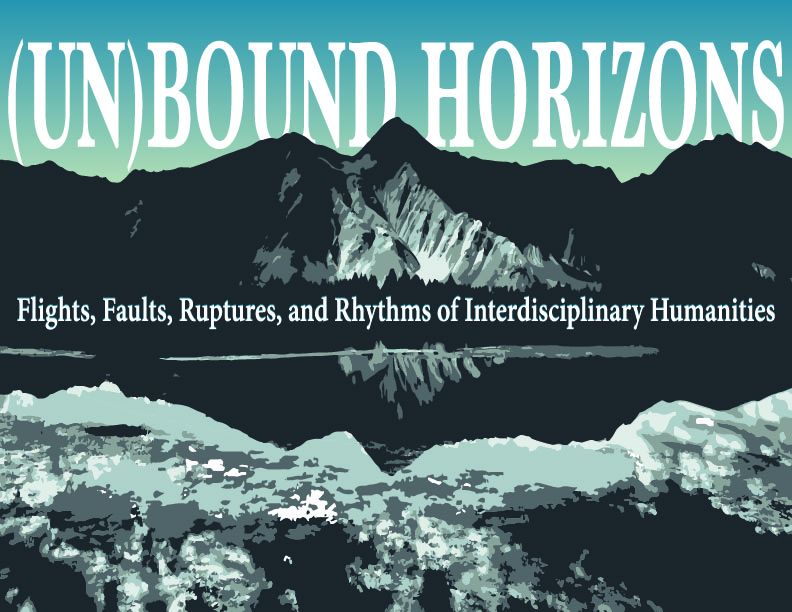 Presented by the Interdisciplinary Humanitites Graduate Group, Graduate Division and the Center for the Humanities

As we pursue the possibilities of scholarship in the social sciences, humanities, and arts into the new century — sometimes prognosticated with dismay and anxiety, other times brilliant with hopes of a better future — and its role within the wider world, we are prompted to evaluate both the research we conduct and the assumptions under which we conduct it.

It is imperative as scholars to consider the essence at the center of our work: what lines of fault might we trace within our own practices and how might they spread temporal and spatial fractures within our research projects and across our intellectual geography? How might, as Elizabeth Freeman proposes in Time Binds: Queer Temporalities, Queer Histories (Duke UP, 2010), an “unbinding of time and/from history” open unforeseen spaces out of which to perceive new directions for inquiry? How might we acknowledge the constrictive liabilities embedded within our own age-old practices while understanding that “unbinding time does not mean simply unleashing a biological instinct or psychic drive” but also reveals the “economic inequality of relations” of interest to humanists (172-3)?

We seek to explore the praxis of the humanities when our horizons are necessarily (un)bound. What lines of flight might we trace away from traditional disciplinary assumptions in order to engage more directly and more authentically with the issues that confront us in order to open the horizons of the humanities rather than confine them to practices of repeated historical, philosophical and cultural duplication? How does acknowledging and following these faults and flights lead to significant intellectual ruptures that can allow us to reassess and reassert the role of humanities scholarship for a changing world?

This conference proposes to discuss how such faults and ruptures are already being addressed in the research of scholars working in the humanities, arts and social sciences, and how we might interrogate them further, both within the scope of specific academic projects and in terms of disciplinary practices more holistically.

Professor Elizabeth Freeman specializes in American literature and gender/sexuality/queer studies, and her articles have appeared in numerous scholarly journals. She has written two books, The Wedding Complex: Forms of Belonging in Modern American Culture (Duke UP, 2002), and Time Binds: Queer Temporalities, Queer Histories (Duke UP, 2010). She was also the editor of a special issue of GLQ, "Queer Temporalities" (2007). She now serves as editor of GLQ along with Marcia Ochoa, Associate Professor and Chair of Feminist Studies, UC Santa Cruz.